Freightliner leads the way with the heaviest ‘jumbo’ trains.

Since trialling the heaviest aggregates train ever to have operated on the West Coast Mainline, from Tarmac’s Tunstead Quarry to London earlier this year, Freightliner has continued to build upon its position as the leading operator of the heaviest jumbo trains on the Network.
Working closely with Network Rail, we are now consistently trialling weekly jumbo services weighing in at over 4,000 tonnes, including a maximum 4,230 tonne service, hauling a record-breaking 44 wagons of aggregate for valued customers Tarmac, serving terminals in London including Battersea, Paddington, Park Royal and Bow.
As well as driving operational efficiencies, the environmental benefits of this additional tonnage moved by rail are impressive – removing 140 lorries from the UK’s congested roads and a saving of around 112 tonnes CO2e compared to road.
Freightliner is proud to have worked innovatively to challenge what is achievable on this route in collaboration with Network Rail and Tarmac. A huge thanks to all involved in this significant achievement and especially our planners, drivers and ground staff who have rallied round to ensure we deliver a successful outcome for our customers. 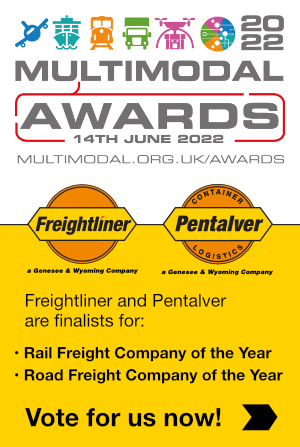